(Little Rock, AR) has joined the league as an expansion team.  The club will begin competition in the South Region in 2021.

“The Wolves are a true grassroots organization, developing homegrown players and connecting with local schools, businesses, and organizations,” NPSL Managing Director Cindy Spera said. “They have a great venue that is perfect for a premier amateur league like the NPSL.  We are excited to see what they can do and how they can grow and thrive in the Heartland Conference.”

Jones is a sports psychology specialist who works with athletes, teams, and coaches in performance enhancement via various mental strategies that help them achieve their full potential and cope with the pressures of competition.  He works at his private practice, Livestrong, PLLC.

Friday has coached in central Arkansas for 18 years with experience at Arkansas United/LRFC, Pulaski Academy, and Bryant High School.

“We aim to provide the highest level of soccer for our players and supporters,” Jones said. “And we see this partnership with the NPSL as something that can help us bring that about.”

Home matches will be played at Scott Field in Little Rock, AR.

“We have a fantastic venue that the Little Rock School District has been so gracious to let us train and play on,” Jones added. “This venue provides our Wolves FC supporters and traveling teams a good experience.  It is situated in the heart of Little Rock, and this is where we want to be.”

“We are pleased and excited to have Arkansas Wolves FC join the NPSL,” NPSL Director of Membership Development Dina Case said. “The Wolves’ ownership group and their grassroots philosophy blends well with the NPSL’s values and we look forward to seeing them have great successes both on and off the field.”

More information about expansion opportunities in the NPSL can be found at npsl.com/expansion. 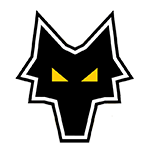